Luckenbach just might be one name that is known worldwide. I’ve heard it in the song for as long as I can remember. Maybe that is why I said Let’s go to Luckenbach, Texas as soon as our trip to Hill Country was mentioned.

Back To The Basics

There is a good chance the 1977 song lyrics are running through your mind right now. I cannot help but sing the famous Waylon Jennings’ song, Luckenbach, Texas (Back to the Basics of Love) when this small Texas town is mentioned. I have memories of hearing this song being played in the background on many occasions during my childhood in Georgia and Mississippi. It is a song that simply brings us all back to simpler times.

The craziest thing is that as soon as I mentioned how excited I was to be going to Luckenbach, Texas people inevitably said “well, there’s not much there so don’t get too excited”. Turns out, there is a lot there. You just have to be willing to find it.

You May Not Pass This Way Again

We drove up to an empty parking lot and did begin to question if there was anything to see. We certainly were not leaving without finding out for ourselves. So, we jumped out and took a few fun pictures out by the sign and an old rusted truck. I had to ignore the fact that a few (very few) cars were passing by and probably watching us. I really need to get over worrying about that. Who cares, right? We are in Luckenbach and as my dad says, “Enjoy, you may not pass this way again”!

Once we get to the buildings and make our way to the outdoor stage, there still were not many people there. It didn’t take long to realize the number of people did not matter because the quality of people surpassed my expectation. It was a night for pickers. The lead picker was Sam Watson and she quickly said hello as we walked in and it felt like joining a group of friends on a Friday night at a familiar little “hang-out”.

a “State of Mind” – A Texas state of mind, where you can kick back, relax and get away from the hustle and bustle of everyday life—like a step back in time.

The Feeling of Belonging

We quickly learned that Luckenbach was created as a place where anyone can come to get away from the fast-paced world. It is a place where you can go to relax, visit with friends, have a drink, and most likely meet someone new. There aren’t many places like this anymore. The feeling of belonging; like being with family in your childhood home where any seat is a good one and no matter who comes in, you are happy to see them.

Not long after we had been there, the pickers’ circle grew from 1 to 5. A man named Conrad joined the group and I am certain he had never met a stranger. As he walked up he met me and John outside the Luckenbach Post Office and offered to take our picture. He assured us it would be better than the selfie we were taking. He was right.

Conrad is a talented artist. According to John, he nailed the Guy Clark songs he sang. He connected with everyone there. As soon as he noticed someone new, he stopped and asked them where they were from. John and I quickly became known as “Marietta”. When we left, the music was still going and Conrad made sure he said, “Goodnight, Marietta” as we walked away.

So if you decide you want to do something, see something, or choose an unpopular path go ahead and try it. Like Luckenbach, you may find a place that is perfectly suited for you at just the right time. I needed to go to a place where nothing mattered but the moment and we certainly found it here. Turns out, there is a lot in Luckenbach if you are willing to go in with nothing.

Everybody’s Somebody In Luckenbach

Why Carrots? 10 Health Benefits From Just One Carrot 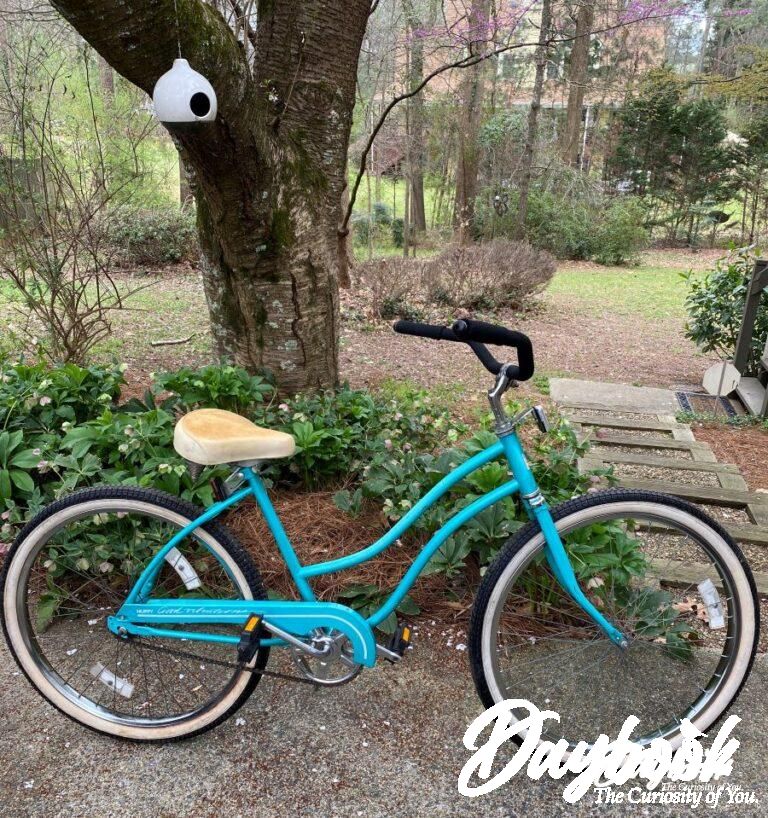 (Instant access also gives you all of my curiosity guides.)